Coriander is more than just a herb or spice 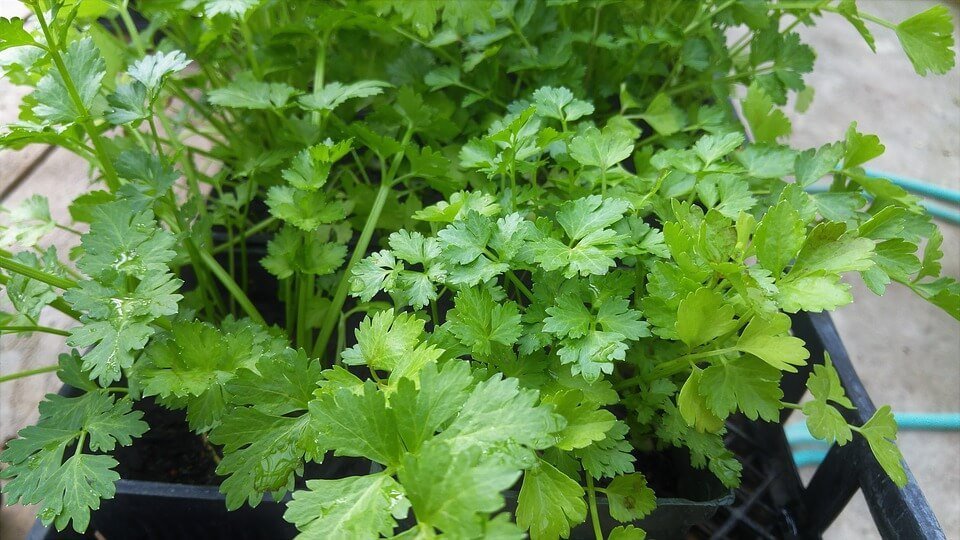 Cilantro or Coriander (bot. Coriandrum sativum) is one of the oldest culinary herbs in the world. Especially in India, China, and Egypt,  People value it for millennia.
Not only because of its sweetish spicy taste but primarily as a medicinal plant.

The healing properties of the herb have been reported in Sanskrit scriptures and the Old Testament. Even the ancient medical pioneer Hippocrates praised Coriander as herbal medicine. The green herb is up to 60 centimeters high, has white to reddish flowers, and brown to yellow fruits.

The seeds you can harvest from July to August. The high content of health-promoting phytonutrients and essential oils in Coriander is the reason for its effect.

In particular, for people with Indigestion, bloating, diarrhea, irritable bowel syndrome,
and chronic inflammatory diseases, for example, rheumatism, Coriander can provide relief.  The herb has been even proven by infections and as a detox.

Ayurveda and Traditional Chinese Medicine (TCM) use a long time the healing power of Coriander in digestive disorders. Now modern science is interested in its soothing effect on the gastrointestinal tract. Applications range from loss of appetite and stomach pain, diarrhea, flatulence, and bloating to irritable bowel syndrome.

Phytochemicals phenols contained in the essential oil of Coriander, support our organism through the production of enzymes and digestive juices.
Even a cup of Cilantro tea can be a remedy for all (mild) gastrointestinal complaints.
Even more surprising is the potency of the oil against bacterial infections. 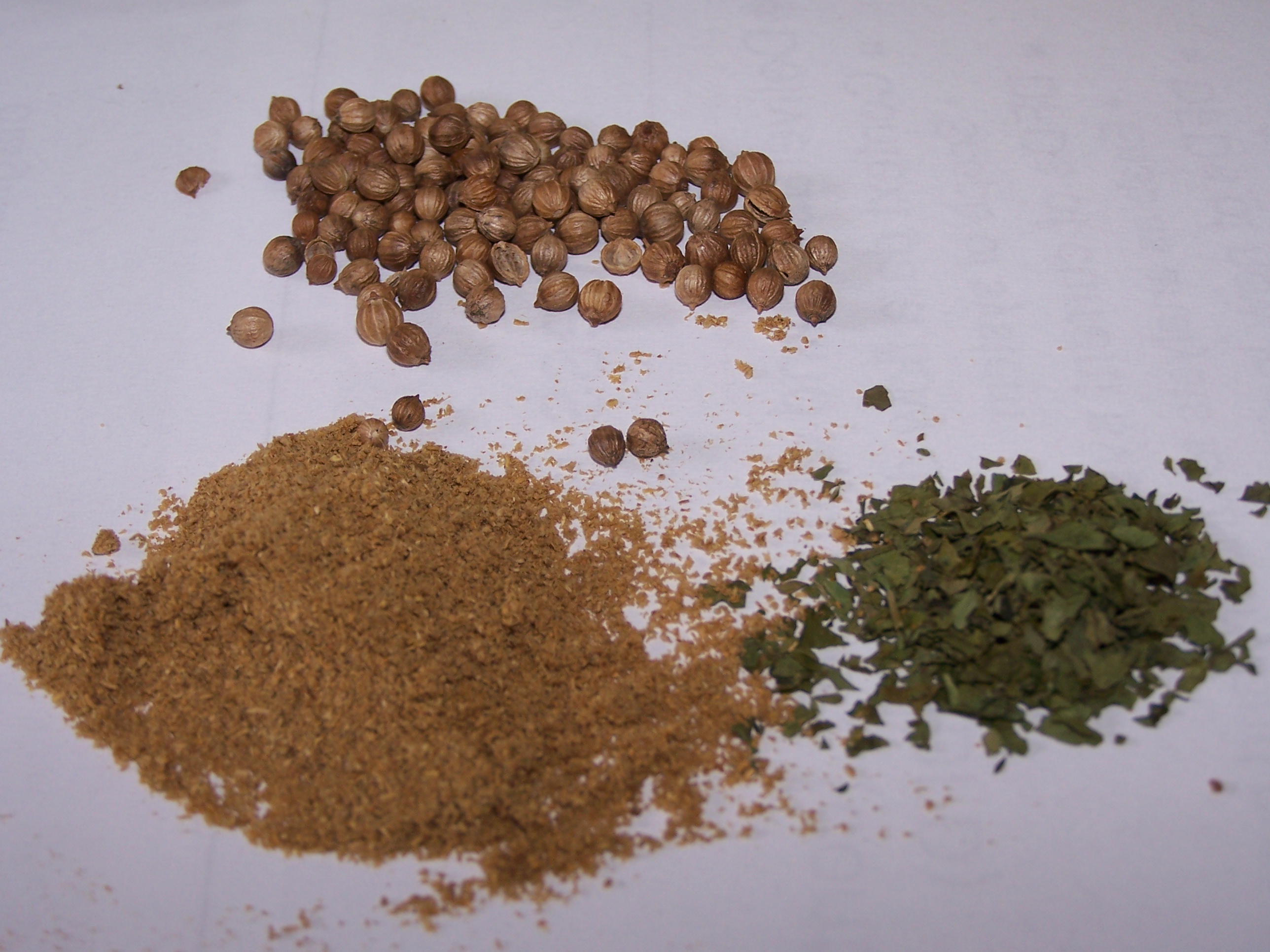 Because of the increasing antibiotic resistance, Phytomedicine is for years interested in Coriander as a natural antiseptic.
The essential oil of the coriander seed is considered a strong germ fighter. The ingredient linalool antimicrobial is a bacteria and fungi enemy.

Scientists at the University of Beira Interior Portuguese have tested coriander oil against twelve bacterial strains, including Escherichia coli and Salmonella, responsible repeatedly for food poisoning.

The tests showed that even a solution of only 1.6 percent of coriander oil kills almost all bacteria, or at least could restrict their multiplication significantly. These findings underscore the value of Coriander as a preventive food and its potential as a natural food additive. For medicinal purposes, Coriander comes even as a natural antibiotic into consideration.

Cilantro is a natural antibiotic.

We were surprised that dodecane is such a strong antibiotic. Because most natural antibacterial agents are rather weak – Dr. Isao Kubo of the University of California at Berkeley.

It is worthwhile to integrate both fresh Coriander and coriander seeds into the diet.
The cilantro also has loads of antioxidants and provides chlorophyll that strengthens our immune system and acts against inflammation.

But even the seeds of the herb appear effective against chronic inflammatory diseases.
This confirmed research by the All India Institute of Medical Sciences (AIIMS) in New Delhi.
“We have carried out this experiment after we have become aware of the anti-inflammatory and anti-rheumatic properties of Coriander in traditional medical teachings such as Ayurveda,
explained Dr. Surender Singh in the Indian Journal of Medical Research.

To cleanse and remove heavy metals.

European naturopathy uses Coriander especially to remove heavy metals from the body, which are in the air, drinking water, and food. Toxic metals such as mercury, cadmium, lead, and aluminum are so dangerous because they accumulate in the tissues, weaken the immune system, and may eventually lead to diseases like Alzheimer’s or cancer.

Read here Cilantro and Chlorella can Remove 80% of Heavy Metals from the Body within 42 Days.

The relationship between mercury and cancer clarified a Japanese study in which in all cancer cells, mercury was found.

Mercury vapor from amalgam fillings leaks and gets into our organism.
Coriander is capable of releasing large amounts of mercury from the tissues.
As part of detoxification after tooth renovations, the use of concentrated coriander extract is recommended in combination with chlorella and wild garlic to guarantee the elimination of the toxicant.

Also, read >HOW TO USE HEALTHY AROMATIC HERBS INSTEAD OF SALT

You can assist in daily detoxification and strengthen your immune system.
Do you wonder how you can integrate cilantro into your diet?
Spice up your food with fresh Coriander or ground coriander seeds.

Cilantro adds spice to your diet!

Like most herbs, Coriander easily mixes with sweet fruits for a smoothie. In Asian salads is the Coriander herb, a harmonic component. Chopped Coriander gives vegetable soups a spicy herbal note. In Dips like Salsa, Cilantro is a must. As an ingredient of curry.
Coriander seeds refine Ayurvedic dishes.

Or how about a homemade cilantro pesto?
Use instead of basil, a handful of fresh cilantro leaves, half a cup of pine nuts, a clove of garlic, two tablespoons of lemon juice, and five tablespoons of olive oil in a blender and enjoy the creamy pesto to gluten-free whole grain pasta, like buckwheat noodles.

For medicinal tea, you can use both the coriander leaves and the seeds.
Poor 150 ml of hot water over the fresh leaves or half a teaspoon of the seeds and let the infusion brew for 15 minutes.
The tea is both appetizing and digestive.

Pur 150 ml of hot water over the fresh leaves or half a teaspoon of the seeds and let the infusion brew for 15 minutes.

Vitamin B12 is a vital nutrient that supports healthy energy levels.

This handy liquid supplement has a deliciously fruity flavor and is easily added into your glass of water, yogurt, smoothies, etc.
PLUS… you can shop right from your living room, 🙌
Click here

Vitamin B12 is a vital nutrient that supports healthy energy levels.

This handy liquid supplement has a deliciously fruity flavor and is easily added into your glass of water, yogurt, smoothies, etc.
PLUS… you can shop right from your living room. Click here