Fenugreek herb and spice it is also a medicine and originally comes from India, where he was highly valued in ancient times. Today Fenugreek grows in the Mediterranean regions, East Africa, Ukraine, India, and China and has been grown in these areas and countries as a cultivated plant.

The medically used seeds originate in commercial crops in India, Morocco, China, Turkey, and France. The dried ripe seeds of fenugreek (Trigonella harboring semen) are used in herbal medicine and as a spice.

Fenugreek found in Indian, Persian and Arabic cuisine use as condiments and culinary herb, it is less known that it is one of the oldest medicinal plants in the world.

As a remedy, the fenugreek seeds are used almost exclusively and are considered blood- building, anti-inflammatory and expectorant. In the  West,  the interest is focused on the Trigonelline present in the seeds, which offers numerous pharmaceutical options.

HOW TO USE HEALTHY AROMATIC HERBS INSTEAD OF SALT 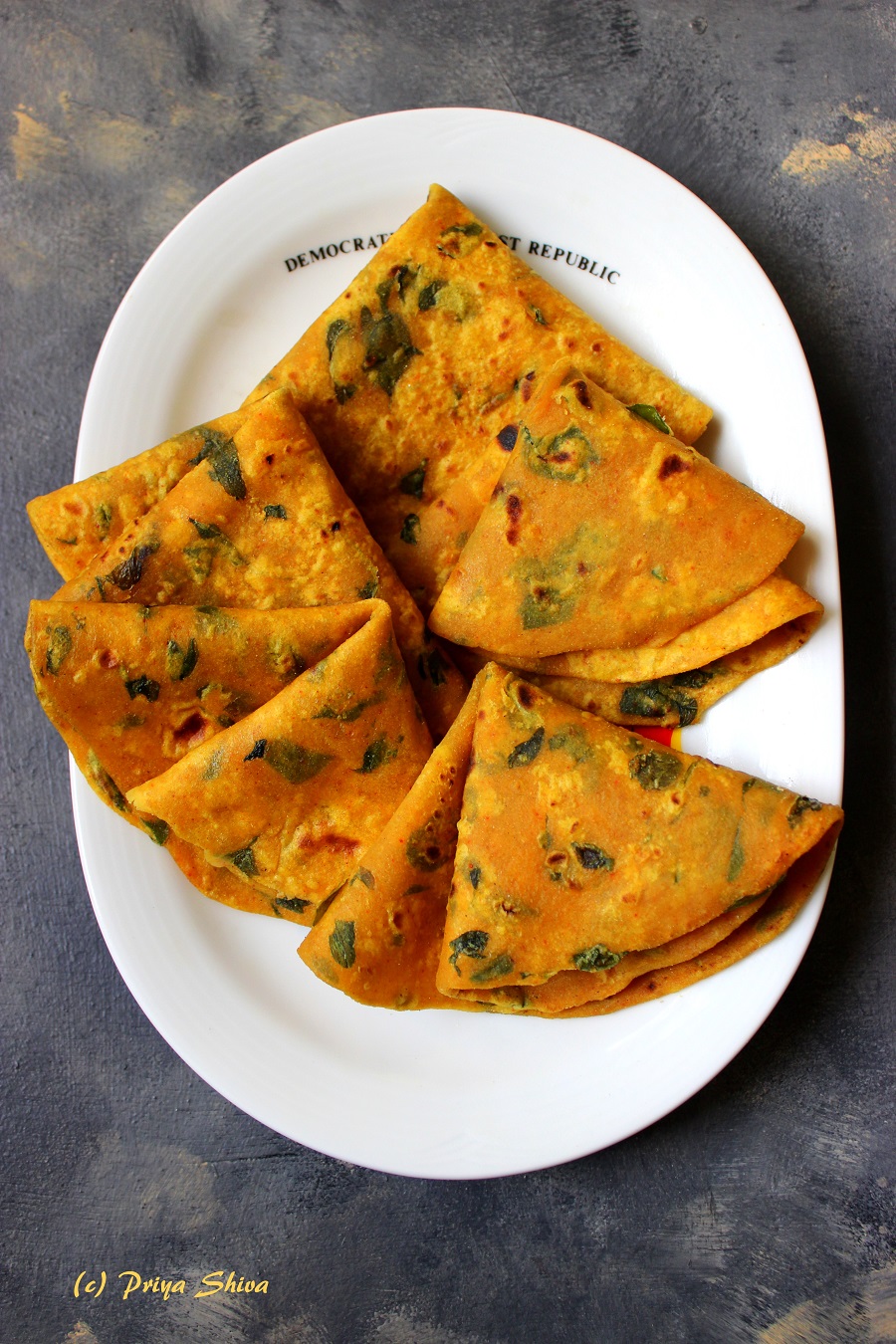 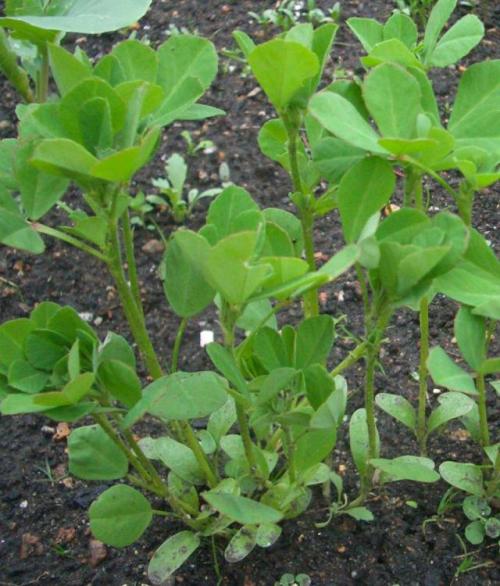 USE OF FENUGREEK A HERB, SPICE, AND MEDICINE

Fenugreek is here less well known, however, due to the properties as an herbal remedy and spice the awareness is growing gradually.

Especially cooking experts know fenugreek seeds as part of many curry mixes or appreciate Fenugreek leaves as a tasty herb.

Both the leaves, fresh and dried, and the dried seeds whole or ground are used. The herb tastes spicy bitter and slightly floury and contains only small amounts of essential oil, in which, so far 40 different compounds were identified, including alkanes, sesquiterpenes, alcohols, and lactones.

For Indian curry and chutney dishes, Fenugreek is indispensable. Iran has a particularly rich tradition in the use of fenugreek leaves; Among the best-known examples Ghorme Sabzi, a thick sauce made from fresh or dried. Herbs like leek, fenugreek, parsley, mint, and onion, beans, and limes;

Tip: Fry Fenugreek seeds lightly before crushing (not too hot), then a pleasant taste develops and it reduces the bitterness. If raw consumed it is without flavor.

Probably no other plant has such many different ingredients as fenugreek. From a medical perspective, especially the seeds is relevant, which is also known by the botanical name Foenugraeci semen.

The Herb is especially said to have a therapeutic effect on appetite and inflammation of the skin. This originally was discovered by Sebastian Anton Kneipp, a Bavarian priest from the 19th century.

The seeds of fenugreek can be applied externally and internally.The applications are generally quite varied. They stimulate the appetite and have a positive effect on strengthening the uterus and the heart.

In combination with other plants, Fenugreek is used as a drug in the respiratory tract. It loosens the mucus. Furthermore, the use for the treatment of stomach pain, stomach ulcers, and bowel disease is a typical area of fenugreek.

Also in acute muscle and gout pain, swollen glands, high blood fat levels, type 2 diabetes, impotence and against profuse sweating preparations with fenugreek will help. Homeopathic metabolic disorders are treated with the dried seeds. The seeds should help when applied externally against hair loss. Furthermore, poultices can be prepared that act against ulcers, carbuncles, boils, local skin inflammation and purulent inflammation of the toes and fingers.

Internal and external use of fenugreek herb

For internal use, two to three times a day about 2 grams – which is about half a teaspoon – of crushed fenugreek seeds, take with a small amount of liquid. To obtain an appetizing effect, the intake is recommended directly before meals.

For the preparation of tea, half a gram fenugreek seeds are required. The powdered seeds are poured into a cup of cold water. After two hours, the powder is strained over a paper filter. The tea can also be drunk several times a day. To stimulate the appetite, the intake is recommended before meals. For external use  to treat inflammation, mix about 50 grams of fenugreek seed powder with water 250 milliliters, brought to a boil in a pot and simmered for about five minutes. This can then be used in a moist, warm poultices, and  applied to the inflamed skin

The cooperation of vitamins and plant hormones is probably the reason for the efficacy of fenugreek seeds against hair loss.

Already in ancient times, people were aware of this effect. Helpful is an infusion, for example, used as a rinse or drink. Additional side-effect: the hair is smooth, shiny and soft.

Another way of hair treatment with fenugreek are packs of fenugreek leaves, which are mixed with coconut oil or water and applied to the scalp.

Similar works a mixture of fenugreek seeds with water or coconut oil. The paste is massaged into the scalp and rinsed out again after about 30 minutes. It can be applied even to almost bald spots on the head, see new hair growth after a few weeks. Even one or two cups of fenugreek tea may have a positive effect on hair growth.

Researchers and doctors say that the proteins contained in the fenugreek make the hair roots strong. At the same time, the seeds or tea provides the body with vital substances, which promote hair growth.

The seeds of the herb contain B vitamins and vitamin C and iron. The phytohormones contained, contribute to the protection of healthy hair follicles. Even inflammation of the hairy skin, dandruff, dry scalp and seborrheic dermatitis can be treated in this way.

The phytohormones contained in the fenugreek are good if it comes to the milk production of a new mother with trouble breastfeeding.

These ensure that the body’s prolactin and estrogen production is stimulated. In the known teas a few fenugreek seeds along with many other ingredients (cumin, anise, fennel, lemon balm, lady’s mantle) are included and this tea is very weak. A dosage of approximately 3 grams of fenugreek extract a day is usually sufficient.

Researchers have found that fenugreek seeds unfold itself well in combination with the “milk thistle”, the blessed thistle (Cnicus benedictus).

Loss of appetite may be due to different causes. Is it accompanied by severe mood disorders or diseases, a doctor should be consulted.

Especially for children, convalescents (those recovering from illness),

Preparations of fenugreek can help to recharge and re-develop appetite.

The essential oils, bitter substances, and flavor in the fenugreek seeds promote the flow of bile and gastric juices and thus stimulate the appetite. This is particularly helpful in people with eating disorders in convalescent people and in elderly people whose taste and appetite sensation has already regressed. The simple dosing is here: a tablespoon of fenugreek seeds soaked in water and take before a meal.

Drugs should only be used if they are prescribed by a doctor.

For mild ailments, a natural remedy like fenugreek is the better choice.

Fenugreek Herb as an appetite suppressant

The herb but acts not only as an appetizer but also as an appetite suppressant and can help you lose weight.

A few drops of a liquid extract are added to approximately 100 milliliters of juice or water. The mixture consumed on an empty stomach has a sustained satiety effect.

The craving for dessert or candy is deleted.

The extract of the herb increases the testosterone production in the body. This has already been proven in scientific tests. An important role is played by the phytohormones contained. It seems obvious that even athletes appreciate products with fenugreek.

For more testosterone means improved fat burning and more muscle mass for them. Primarily, however, are erectile dysfunction and reduced sexual potency, affecting nearly 50 percent of men over the 40th. Previously it was assumed that mainly psychological causes were the reason. Today physicians know that around 80 percent of cases have organic underlying causes. However, it is not uncommon to develop such high mental stress and these will extremely narrow down the self-image of men and the quality of life. As a result, the men have even more pressure on dwindling libido and in the partnerships.

Basically, before using, a doctor (urologist or andrologist) should be consulted.

Because erectile dysfunction can be related to different, sometimes serious illnesses.

The most common problems include diabetes mellitus, hypertension, hormonal imbalances, hormone preparations or beta blockers, narrowing and calcification of blood vessels or disorders that lead to nerve damage.

However, the patient himself can do something besides taking a sexual enhancer to prevent erectile dysfunction.

Basically increases the potency, what keeps you healthy:

no negative stress,, any disputes, no pressure, no worries, little or no alcohol, do not smoke,
enough sleep, sporting activities, healthy, vitamin-rich diet,
Contrast showers (promote blood circulation).
This is of course, easier said than done. But it is possible. And unless there are serious organic diseases, fenugreek can support the points mentioned in addition. Fenugreek has proven itself as a natural aphrodisiac.

Fenugreek is also available as seeds,  as tablets and capsules, as a tea in bags in the form of powder and tincture.

DANDELION THE MEDICAL HERB – DO NOT MOW THEM, EAT THEM!