The British TV – chef Gordon Ramsay was for years  rather rough with vegans.

In an Instagram post, the quick-tempered chef now tells his followers now : “Going to give this vegan thing a try … Yes guys you heard that right”

Did he really mean that he wants to becomes a vegan? Many doubt the diet change because Gordon Ramsay loves meat and fish dishes. It does not sound like him.

Not long ago, Ramsay posted an anti-vegan joke on Twitter: “I’m a member of PETA – People Eating Tasting Animals

Ramsay just opened a new pizza restaurant in London where beside pizza with meat and vegetables also a vegan vegetable pizza is served.

The Newspaper The Independent UK did write:

“Gordon Ramsay has revealed he is going to try following a vegan diet.

While the three-Michelin-star chef has yet to explain his motivations for going plant-based, he made the low-key announcement in a tweet on Monday, writing: “Going to give this #vegan thing a try … Yes guys you heard that right. Gx”.

His comments were made alongside a photograph of what appears to be a vegan pizza at his latest venture, Gordon Ramsay Street Pizza, which opens today in London. 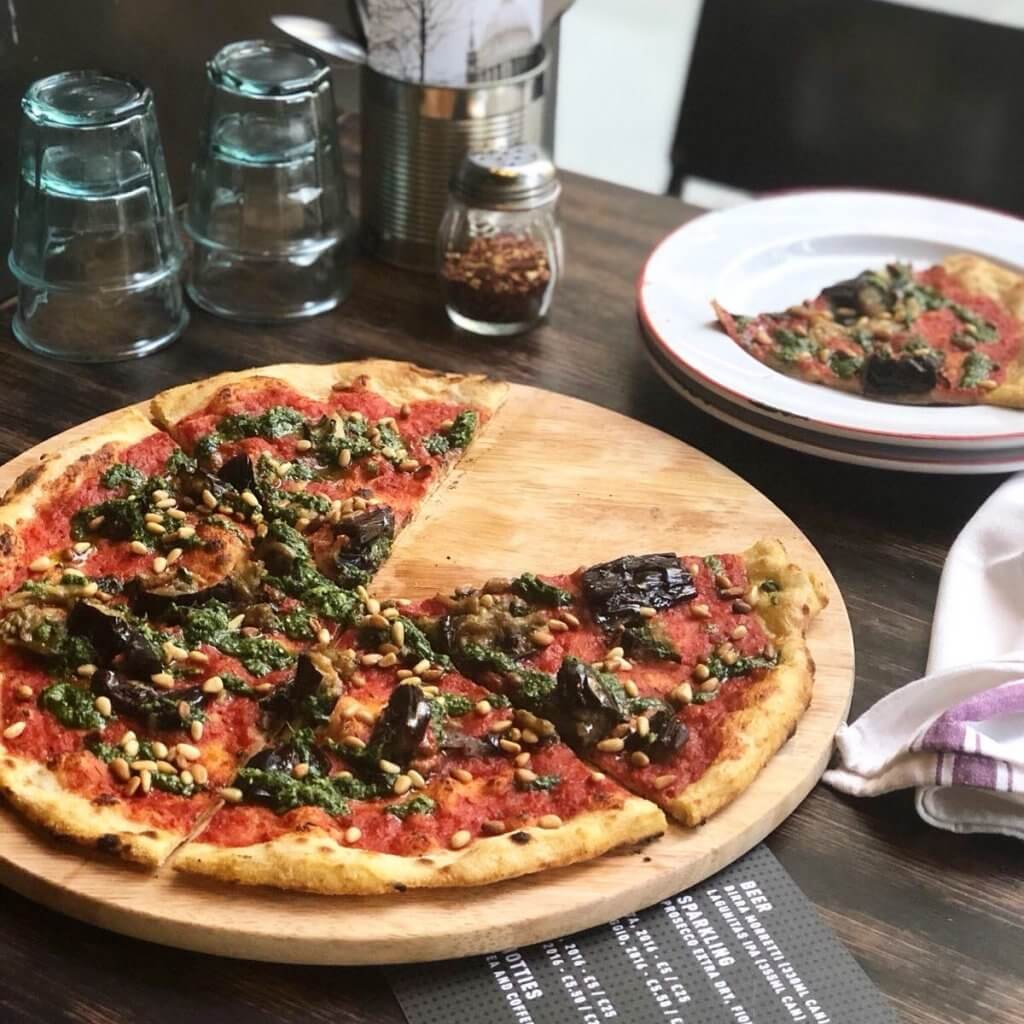 One of the dishes on the menu at the new St Paul’s restaurant is a charred aubergine pizza, which comes with toasted pine nuts, wild garlic pesto and tomato, possibly making it vegan-friendly if the pesto is also cheese-less.

The chef’s apparent newfound appreciation for veganism might come as a surprise to his fans, given Ramsay’s track record for mocking vegans and vegetarians.”
<oing to give the vegan thing a try

Gordon Ramsay the TV-cook and entrepreneur

The TV-cook likes not only to make jokes of vegan. His use of the F- word is notorious.  On twitter,  the celebrity chef gives his by no means positive opinions to the cooking attempts of his followers. Sometimes hateful and even mean. But his fans seem to love him for that.

However you can think of Gordon Ramsay what you want and have your own opinion. Everybody knows that especially on television, he curses and is aggressive but he is also a star, a successful cook and  entrepreneur.

At least in the English-speaking countries and the UK . He is famous for his cooking  and entrepreneurial skills:

His 18 restaurants, which he operates in the United Kingdom, the United States, Japan and Dubai, carried a total of 15 Michelin stars at times.

We will see in the future if he is really attempting to eat vegan and want to change to a vegan lifestyle?

Gordon Ramsay, the British TV chef is belligerent and rude but also a skilled chef. His expertise is undisputed. Therefore, you can put great emphasis on his cooking tips

Amateurs  can benefit from his advice.

His tips can quickly turn any amateur into a skilled cook.

Here are some tips by Gordon Ramsay for you;

His most important tip: never crush herbs, but cut or chop herbs. Soft herbs such as basil curl tightly before cutting, so the taste is fully preserved.

Use lemon if you cut chillies  Always give fresh lemon over the fingers, which neutralizes the sharpness on the fingers and helps that it later does not get to unwanted places, like when touching the eyes.

This will tell you if a pineapple is ripe.If can you pull a leaf out of the pineapple crown with little effort? Then the tropical fruit is ripe.

To prevent the avocado, potato and apple from turning brown Put the sliced ​​fruit or vegetables with a little lemon juice in a bowl of cold water to prevent the oxidation.

It’s so easy to peel kiwis. Do not bother with a knife. Divide the kiwi and bring out the pulp with a spoon, you do not need a peeler for that.

Pack unripe fruits with a banana in a paper bag. The banana helps accelerate the ripening process

Let us see if Gordon Ramsay will finishes the vegan and vegetarian jokes and mockery and makes a lifestyle change ? Will he really follow a vegan diet ?

See the video maybe this is a reason ?