Here is the Royal Wedding Cake made in vegan for you

The original wedding cake of the Royalty the American Claire Ptak did create. She had the most desirable job a pastry chef can have and baked the cake for Prince Harry and Meghan Markle. She did bake the biodynamic wedding cake.

The bride and the confectioner did break  with this work the  habits of the royals. Royal wedding cakes have been traditional since Queen Victoria. The candied fruits  were soaked in alcohol and the marzipan around so airtight that  lovers could still eat them today. Next month, a piece of the wedding cake of Princess Anne will be auctioned in Los Angeles.

Meghan, Harry and Claire Ptak, decided to make a difference.

Meghan, Harry and Claire Ptak, decided to make a difference. The main ingredients of the wedding cake are lemons from the Amalfi Coast and British elderflower. Meghan and Harry call it officially”Spring flavors”

Pure natural, fresh, airy and preservative-free, but not vegan. The creation was covered with buttercream and decorated with flowers.

Clair Ptak is American and she is successful in the United Kingdom.  She started out on the hip Broadway Market in Hackney, a trendy neighborhood in East London.The 43-year-old opened in 2010 the Violet Bakery. In between the bakery became a place of pilgrimage for cake-loving Londoners and tourists.

You can get cupcakes, brownies and cinnamon rolls, as well as Almond Polenta, Cream Cheese Cake or vegan agave chocolate cake here. On request, you can get it  gluten-free and all has a handmade charm. Here in Hackney Megan had discovered the magic baker. Now Clair Ptak has a global appearance as a court supplier, thanks to the bride. 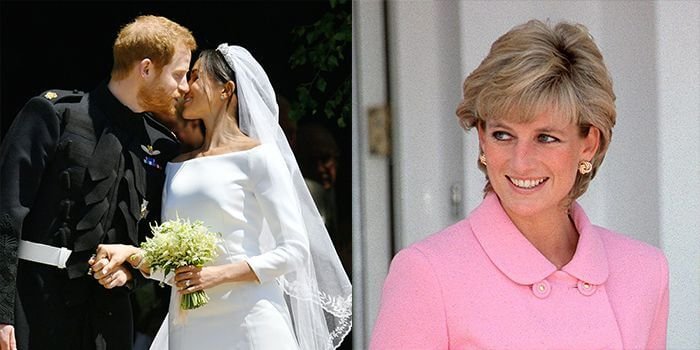 Does Britain have a new “Princess of Hearts”? At least, a ring from Diana has Prince Harry’s wife on her finger.

At the wedding at the Windsor Castle, west of London, not only the 92-year-old Queen Elizabeth II and the royal family, but also many celebrities from showbiz and sport have been celebrating. Among them were George and Amal Clooney, David and Victoria Beckham, US presenter Oprah Winfrey and tennis star Serena Williams. Singer Elton John was also one of the guests. They sure did enjoy the wedding cake.

Find the recipe below.

You Will Love The Wedding Cake Of The Royalities Made Vegan

Royal wedding: How to bake a vegan version of Prince Harry and Meghan Markle’s cake 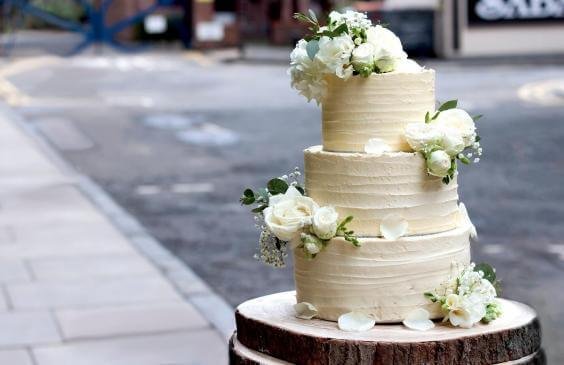 Maisie Steadman’s made her version entirely from plant-based products, she used non-dairy milk and vegetable oil in the place of cow’s milk and butter, which most traditional cakes are made with.

Unlike many vegan desserts, Steadman’s recipe is fairly stripped-back and contains just seven ingredients, most of them you could probably purchase at a local corner shop.

It does, however, come with a lemon and elderflower curd, which requires soya cream, vegan butter and cornflour.

For Steadman’s full recipe, see below:

ARE YOU READY FOR SOME DAIRY – FREE VEGAN CHEESECAKE ?

10 HEAVENLY DELIGHTFUL VEGAN DESSERT RECIPES FOR YOU TO INDULGE IN

BE WILD, BE BEAUTIFUL WITH   WILDCRAFTED, ORGANIC SKIN CARE