Aamir Khan is a  big star in India. India is a big country and many people are vegetarian.

The Cows there are for the people a symbol of a Mother and treated with respect. But not all People in India are vegetarian some of them eat meat.  Aamir Khan was a meat eater, but after watching a documentary with his wife, he saw how much healthier it is to eat a plant-based diet.

The star changed his diet right away. He is a Superstar in India and loved by the people, his change made a big impact. Many of his fans may follow his vegan lifestyle.

Read the story and see, the impact of his change.

India is an enormous country, we’re talking 1.25 billion people enormous, so when one of their biggest stars decides to adopt a plant-based diet, it’s going to get some attention.

Which is exactly what happened when Bollywood star Aamir Khan announced that he was taking his diet to the next level and going vegan. Inspired to make the shift for health reasons after his wife, Kiran Rao, showed him a video of common ailments that can be avoided by dietary changes, Khan, who wasn’t even vegetarian, went cold Tofurky and dropped animal products all in one go. 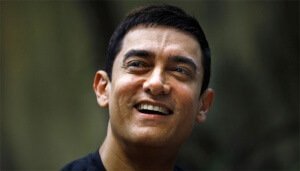 Zee News His decision has been met with surprise in the media, with many articles expressing wonder at the fact that being vegan means actually, you know, being vegan. Once a serious meat eater, the press can’t believe that along with eschewing meat Khan is also removing dairy products such as ghee and paneer. While he has admitted that he misses yogurt, he feels that vegans have the upper hand on health over those who include animal products on their plates.

The media has also expressed concern that Khan’s choice to go plant-based will guide his son toward the diet, even though he has stated that it is ultimately up to his son to decide what he eats. This has also led some to question whether or not Khan was going to try and coerce his fans to adopt it as well!

While no plans have been announced for Khan to embed subliminal messages into his films or compel moviegoers to look deeply into his eyes as he hypnotizes them into choosing veganism yet, it appears that his immediate plans are just to try and be healthy and not fill his body with animal products.

For someone as high profile as Khan to make the transition to plant-based eating, it’s inevitable that a lot of attention will be paid to his choice.